I had been chasing this idea around in my brain for months and months, and then a client approached me (a young Australian, looking to furnish his cafe in friedrichshain with furniture he made himself) with a very similar design, and for me, that was the tipping point. Too often have I discovered that a design I have been “working on” has already been designed by someone else, and if the design is too similar, then I will be the copy cat, regardless of the fact that the idea originated in my head.

The interesting thing was that my client had taken his design off the web, so it wasn’t his design anyway. The good thing was that my design was similar, but in a couple of very important points different from that of my client. So I did the job for my client, and used the leftover plywood for my own prototype of a stacking stool.

The reason it has a shelf under the seat is not because I thought it would be cool to integrate a shelf with my stool, but rather because I wanted the stools to stack perfectly (which they do). Making them stack perfectly resolves two problems; firstly it adds value to the final product, secondly it saves router time and material. Another advantage of the shelf is that it makes the legs stronger.

For those taking a closer look at the drawing, it was drawn to be cut on the line (as apposed to inside or outside) with a 3mm bit: 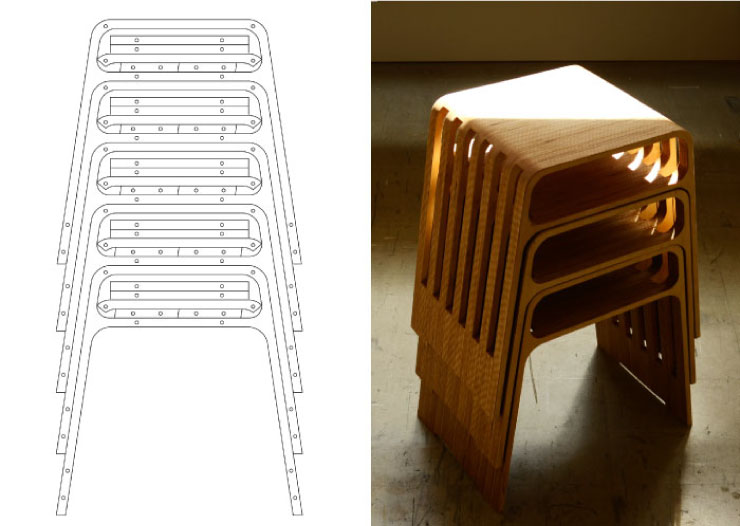